Monika Gabriela Dorniak
OUT OF STOCK

Past Pieces Merging With What I Call Now

Our planet, like our bodies, are defined by their multiple layers of maps, which are all fluid in their existence, even though we have a human illusion of uniform concepts. Non-human agents constructed and deconstructed those maps over billions of years, and human hands redrew others in an attempt to organise the natural disorder around us in 'the search for a junction between stillness and motion' as Isabelle Stengers and Ilya Prigogine described in Order Out of Chaos (1984), exploring our 'organic' relation to an anthropocentric nature, formed by synthetic systems.

This position within and outside the organic world has introduced an apparent paradox to the human species: a dependence on nature that runs parallel to the aim of being independent, to become trans-humanistic. What differentiates natural from synthetic awareness, is the human-made delusion that everything can be controlled, a false perception resulting from the fear of the truth, which ultimately is the manifesto of all political systems of oppression. This fear is fuelled by insecurity and leads to the exclusion of those who question the 'political delusions' constructed by a homogenous group which forms a 'disproportionate superiority to the rest of the population'. In Dialectic Of Enlightenment (1944), published during the Second World War, Theodor Adorno and Max Horkheimer discovered 'why mankind, instead of entering into a truly human condition, [was] sinking into a new kind of barbarism'. The sociological concepts they discovered can be applied to events throughout history until now. Individuals given the choice to follow a stream of false concepts or resist lies often decide based on the fear of social deviation, a concept instrumentalised by those in power, who understand and manipulate our urge for belonging.

'Minds are working according to schemes and maps' states Bessel van der Kolk in The Body keeps the Score (2014) about his extensive research around the consequences of trauma, which he began to study through the Post-Traumatic Stress Disorder in war veterans. Man-made borders across fields, through rivers, creeping through forests and climbing over mountains, change positions with the moods of authorities. Vegetation has overgrown places where the bodies that fell fighting for those human territories are buried, yet the memories remain, silent, in the landscape, until they suddenly express themselves. My German grandfather sometimes discovered bomb fragments from WWII while cutting a tree from his forest, immediately triggering sensations of his conflicted childhood spent under a tyranny. Memory's uncanny quality is its silent existence. Just as that vegetation overgrows the traces of a traumatised landscape, neurological networks try to form new memories in the human body. These scarred memories, however, remain as active agents of a present body: 'humans are social animals and mental problems involve not being able to get along with other people, not fitting in, not belonging, and in general not being able to get on the same wavelength' (Bessel van der Kolk, 2014).

Individuals, landscapes, and entire nations can be traumatised, troubling their abilities to form relations to the Others. The European dream of uniting countries to reinforce a strengthened network fails in part because of the 'involuntary submission' of some countries, which 'do not belong because they do not agree to the contract' as Angela Mitropoulos writes in Contract And Contagion (2012). On examples of slavery and forced submission her book depicts the history of contracts and shows the correlated 'transformation of political subjectivity granted by the "oikopolitical", […] to actively calculate and take advantage of the circumstance of uncertainty'. Lithuania and Poland were branded by displacement and oppression: the healing processes of both World Wars were disrupted by the Soviet occupation for an attempt to establish communist Poland. The present government, powered by the anger of the past, is transmuting from being the oppressed to the oppressor and celebrating capitalism's delusive abundance in new shopping centres; they substitute disposable constructions for the ruins of difficult decades, and are meant to numb a collective chronic pain, symptom of long-lasting scarcity. They are built only to be rebuilt.

The tailoring practice of my Polish-Lithuanian grandfather Franciszek shows how Poland's shifting political systems affected the way the social body was dressed and sensated. He started in a traditional workshop during the short independence of postwar Poland, and valued the careful measuring of each person's individuality. When the Soviet Union occupied the country propagating the so-called utopian dream of equality, ready-made uniforms replaced his details. The market, with its concept of scarcity, ordered locally produced fabrics to be replaced with cheaper materials produced under precarious conditions in China, and a basic fitting module that saved the time taken over individual measurements.

The uniform body of Poland's communism was not only economically but sensually neglected, erasing the differences essential to heterogeneity. The 'armours' that tailors like my grandfather made at the beginning of his career do not just dress a person, but provide a protective shell, sewn with the decoded message that individual difference has been honoured.
Video-stills from Past Pieces Merging With What I Call Now. Courtesy of the artist 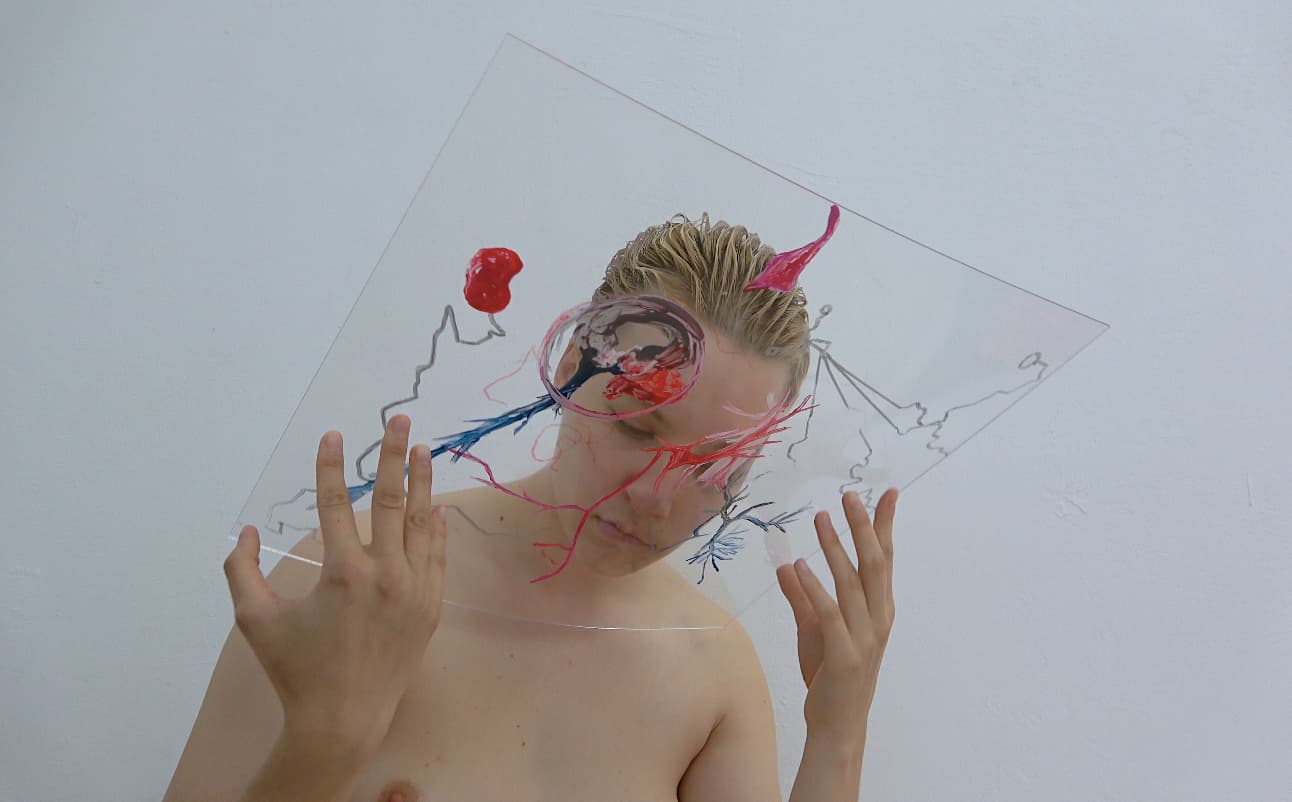 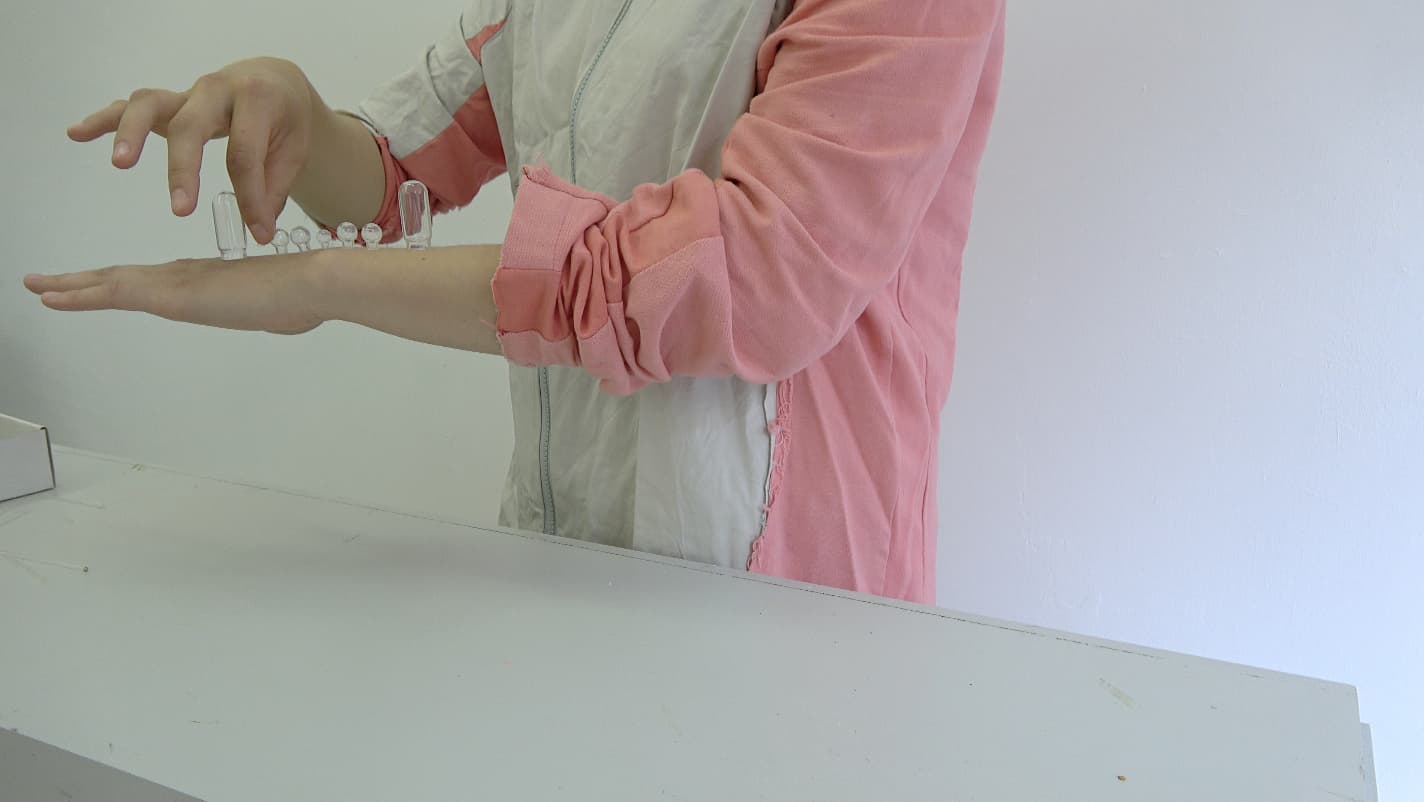 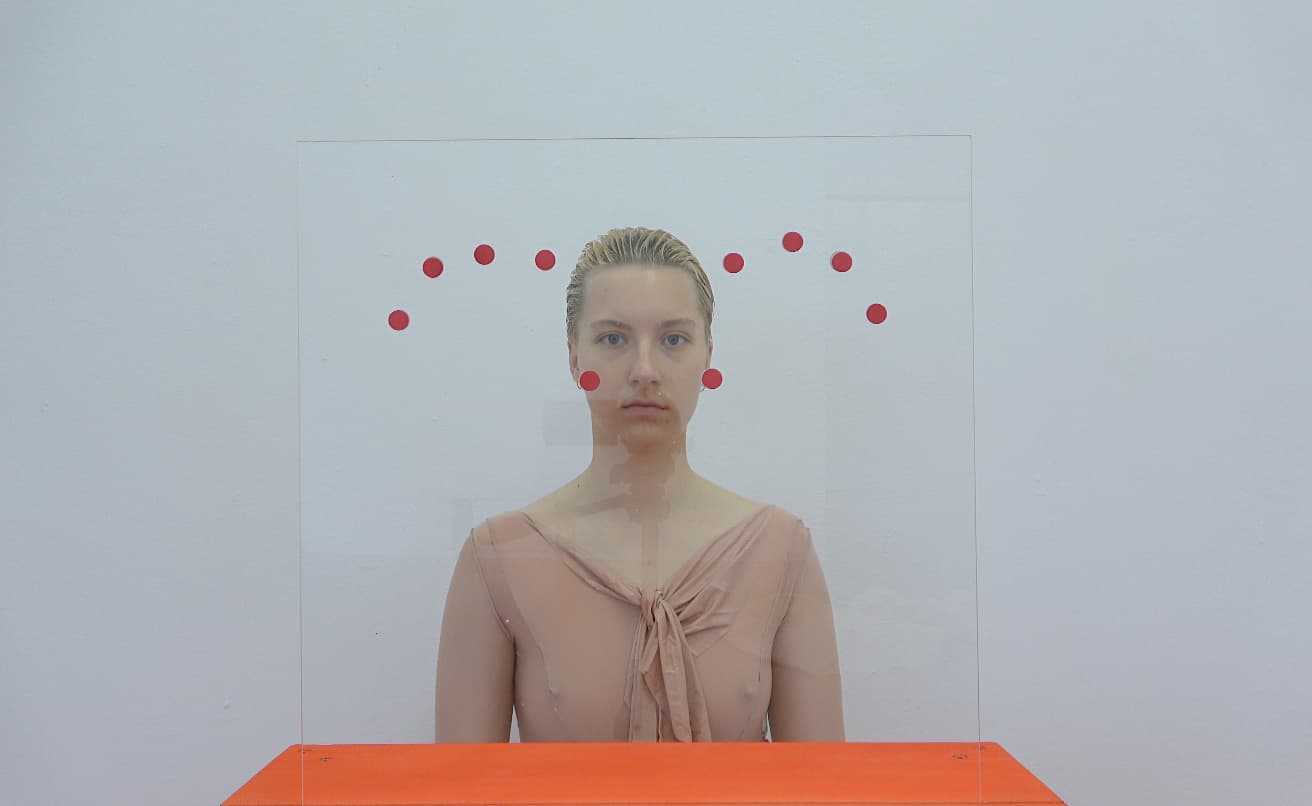 In folklore, we see how a collective codex of clothing and movement can help resist the oppression of emotions and feelings. It was the Polish folklore groups that have symbolised hope for my father Marian during the revolutionary period that eventually lead to the end of communist rule in Poland. The Solidarność union, founded in 1980, did not use dance or costumes to achieve state recognition as the first independent union in a Warsaw Pact country. In contrary, the 10 million members that were mainly constituted of the working class, fought for their rights in denim, a design that had already dressed the labourers on the farms and mines of America's Western states in the late 19th Century. Even years after his escape from an occupied Poland which would have jailed any activist like him, my father regularly invited those groups to perform in their colourful dresses for his newfound community in Germany, fostering an intercultural exchange.

Tailoring a garment could symbolise a union of bodies, helping to form a community that strengthens self-awareness. Analysing Fascism and Stalinism in Origins of Totalitarianism (1951) Hannah Arendt states that 'when the most elementary form of human creativity, which is the capacity to add something of one’s own to the common world, is destroyed, isolation becomes altogether unbearable'. A system of power that does not attempt to listen to the people's emotional messages leads to alienation, and manipulation. A tailor's careful gesture or a community of empathic listeners can gently spin conversational threads around a person as a mental padding to protect in challenging times. 'No one body establishes the space of appearance, but this action, this performative exercise, happens only "between" bodies, in a space that constitutes the gap between my own body and another's'. Judith Butler refers in Notes Toward A Performative Theory of Assembly (2015) to Arendt, and describes how mass demonstrations 'lay claim to a certain space as public space'. Walking in public space questions ownership; under communism or capitalism, without resisting bodies, public space turns in nothing else than the territory of 'disproportionate superiority', under which 'the individual is wholly devalued' (Adorno & Horkheimer, 1944).

How far can a body-map, aggressively altered by a failed political system such as communism, be reclaimed when replaced by capitalism, another oppression under which mass definition has become more abstract and alienated? Our society, through virtuous attempts of temperings of the incalculable dynamics of 'Gaia', slowly understands that it is chaos that creates life. Living in a pluralistic society confronts us with a variety of identities, and the awareness that none of them is the only identity affects everyone, as Isolde Charim points out in Ich und die Anderen (2018). National borders are dissolving, leading to the angst of the 'nationalists', but nonetheless providing a chance for a fundamental change of the rooted concepts. Our commemorative DNA is an enigmatic base that influences our view of the world and our environment marks our psychological and physiological maps, yet our actions, and the directions we allow our thoughts to go, mostly form our consciousness. 'The task to be accomplished is not the conservation of the past, but the redemption of the hopes of the past' (Adorno & Horkheimer, 1944). Collectively analysing the past with our contemporary tools gives us the possibility to question systems of oppression. 'Our task is to make trouble, to stir up potent response to devastating events, as well as to settle troubled waters and rebuild quiet places', as Donna Haraway wrote in Staying with the Trouble (2016).

Before we tailor clothes for the future, we may have to take off layers of corsets from the past, and take a liberated measurement of our singular physiology and psychology.

My proposal for the dress of the future intertwines with assembling a community and environment, aware of its plurality and natural chaos. As Isabelle Stengers wrote in Reclaiming Animism (2012): 'Reclaiming means recovering, and, in this case, recovering the capacity to honour experience, any experience we care for, as “not ours” but rather as “animating” us, making us witness to what is not us'.

Monika Gabriela Dorniak is an interdisciplinary artist with a background in textile, psychology, and performance, exploring the structures of the Self through a multifaceted analysis of body, mind and environment, by taking into consideration the regressive history of the domination of nature, specifically on the example of the female body. The ongoing collaboration with dancers underlines her explorations. She analyses sociopolitical issues and her long-term research is on the human body and mind in relation to the environment we inhabit(ed) and the consequences of cultural and technological changes. She has presented her works at Arts Catalyst in London, Tate Exchange in Tate Modern London, Foreign Affairs Festival in Haus der Berliner Festspiele in Berlin, Khalil Sakakini Cultural Center in Ramallah. Artistic commissions include her recent work with refugees at Our Blood, initiated by British artist Marc Quinn.
monikadorniak.com
AUTHORS
CONTRIBUTIONS
Thoughts on Porous Skins: A Matter of Design
Ana-Maria Deliu
Past Pieces Merging With What I Call Now
Monika Gabriela Dorniak
Notes on Frugal Future Manifesto
Z. Blace
XXX — Queer Bodies, Queer Futures
Laura Naum & Petrică Mogoș
Market Values: Mapping design values from post-Soviet markets
Brit Pavelson
Becoming internet
Marina Oprea
Unfolding Yod – a Triptych
Diana Dobrescu
Behind the Screen: Body in Confinement
Romuald Demidenko
Life is a Bitch
Silvia Amancei & Bogdan Armanu
working_lass_hero_ine
Anne-Kristin Winzer
What We Are Made Of
Angelica Falkeling
Any Form can be Performed. Uniforms for the Cultural Workers of ECOC Rijeka 2020
Mia Ventin
C’EST LA VIE. The potential and the interpretation of objects
Ola Korbańska
Plastic. Co-Creating Post-Nature?
Borbála Ferencz
Fungoid Horror and the Creep of Life
Chlorys