Mia Ventin
OUT OF STOCK

Any Form can be Performed.
Uniforms for the Cultural Workers of ECOC Rijeka 2020

‘Uniform’ is commonly recognised as both a unity of garment, and as a specific related set of rules that are instructing or commanding its proper appearance, uses, and user's conduct. In general understanding, uniforms are mostly perceived as a sort of restricting mechanisms of appearance, that disrupt or decrease freedoms, agencies, and self-expression. Somewhat, such perception might be justified, not only contextually – in terms of social positioning and the role uniforms play – but also in terms of the imposed unification of the visual expression felt as uniformity, getting materialised into uniform-clothing. As a restriction or, at least, a strong regulation of the non-verbal sartorial communication, uniforms can thus be seen as repressive.

Two years ago, while residing in Rĳeka, a Croatian city that was to become European capital of culture in 2020, I have developed a project that questions this prevalent view of uniforms and complicates their social role and meaning. In collaboration with various local stakeholders, and working within the cultural organisation ‘ECOC Rĳeka 2020’, I have conceptualised and completed a project of "Uniforms for cultural workers" (individuals and groups working in creative industries or belonging to creative professions). The project builds upon the realisation that the repressive dimension of uniforms always comes with its liberating shadows – spaces of possibility and change. Many authors and designers already recognised how the uniform, as an attire, presents a point of tension between the sartorial aspects of group identity-building, on the one hand, and the individual expressions and freedoms, on the other hand. 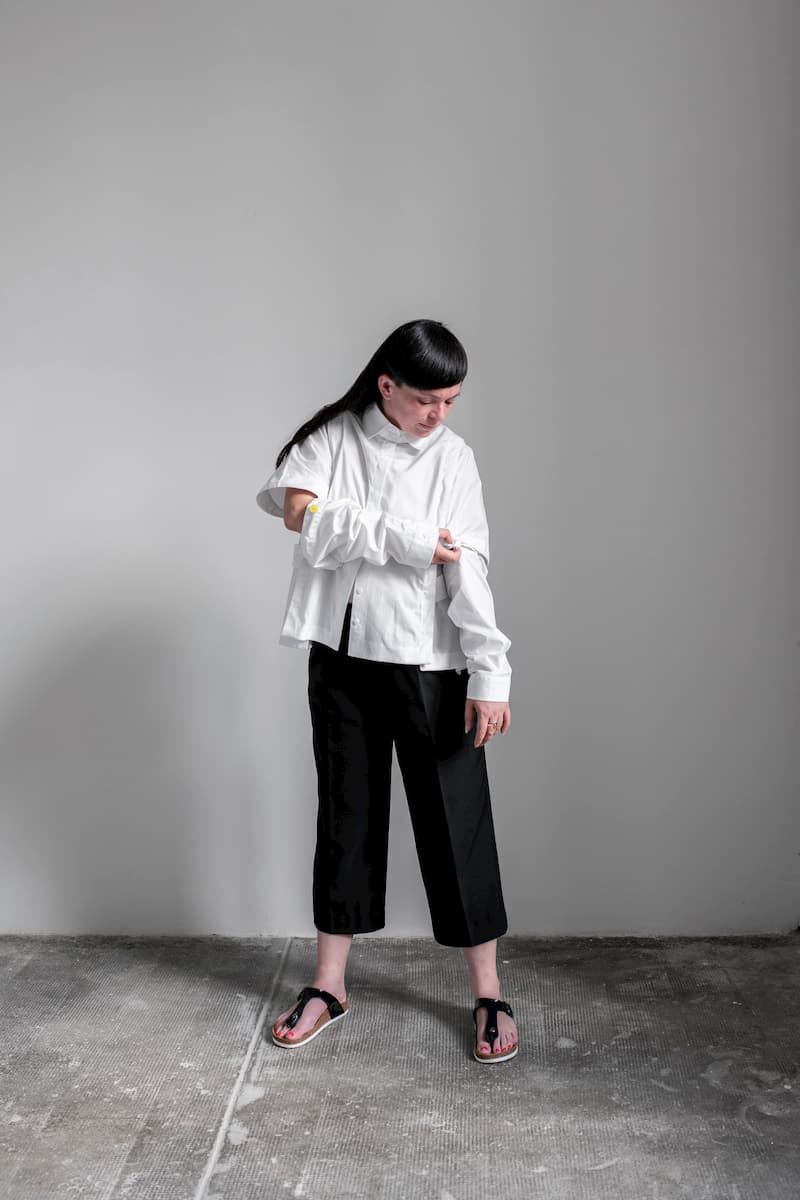 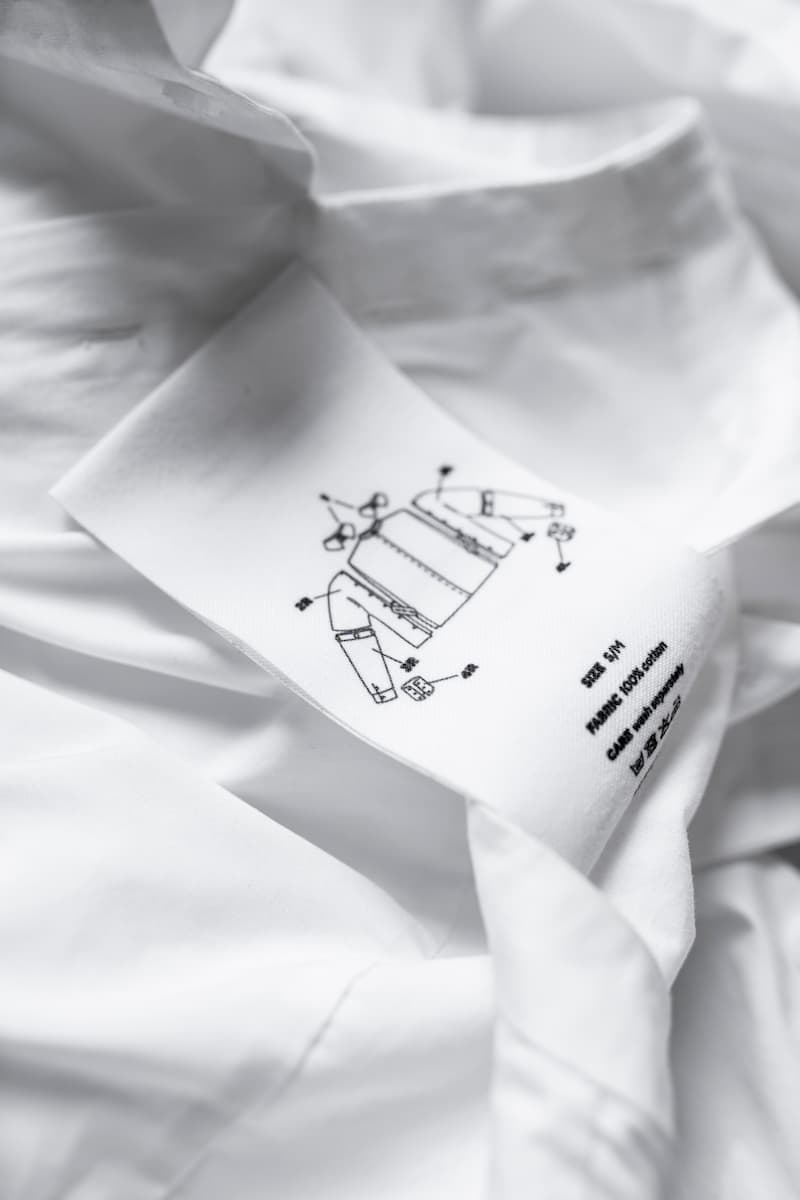 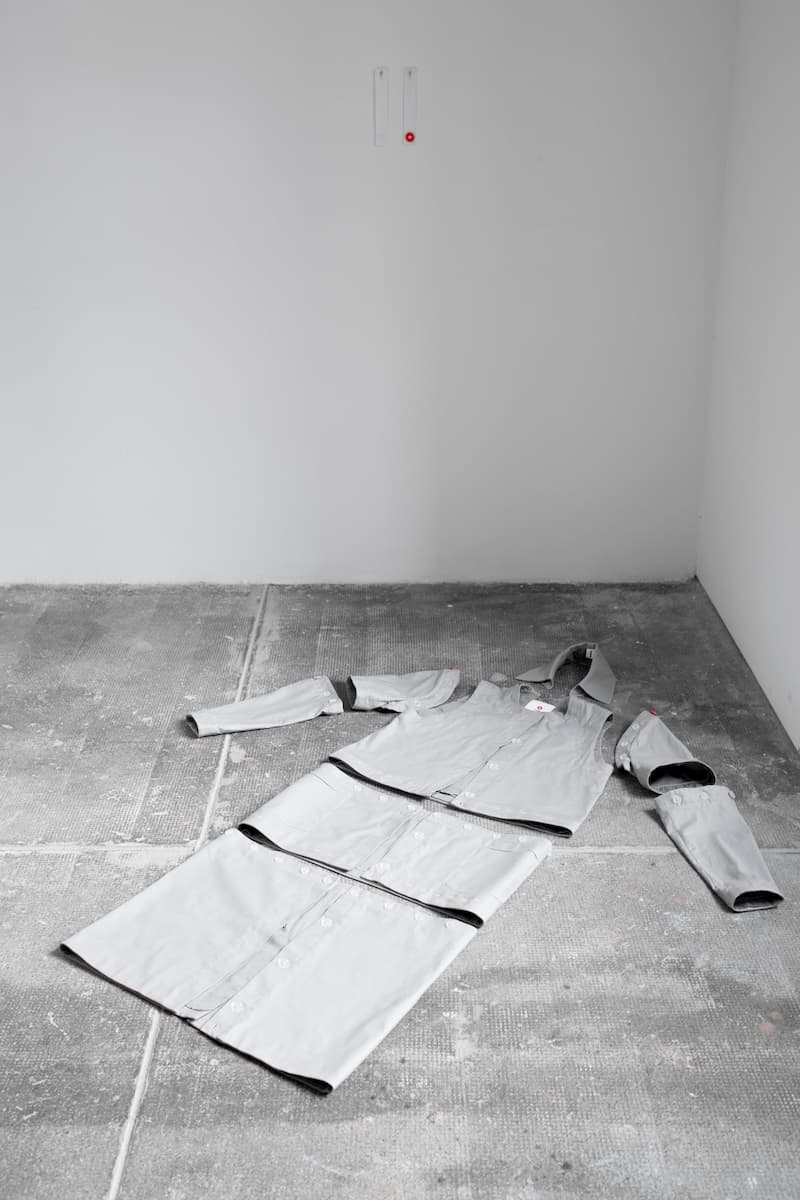 Photo Credits: Karla Jurić
Uniforms can move along the vector of authoritative – submissive binary, while at the same time presenting a subversion and rejection of the pre-existing dress regulations.

As Jean Baudrillard famously explains in his Consumer Society: “fashion can be understood as the most superficial social game and at the same time as the most profound social form - as an unstoppable expansion of code to all fields.” Either through submission or subversion, codes are, thus, unavoidable.

Then, there’s another layer one needs to add: the inherently problematic nature of various (un)easy freedoms – including "freedom of choice" as the core idea of post-industrial capitalism –, which get expressed in (and through) sartorial matters. The abundance of available options in consumerist society often causes anxiety and inconvenience.

Stuck between the pressure of an "ideal choice", the opinions voiced by others, and the growing awareness that the so-called free choices have already been made for them, consumers seem to succumb to the pleasures and temptations of uniformity. They are trying to disguise, often in vain, their frustrations that reach beyond sheer aesthetic and cultural preferences, and strongly relate to the general anxiety concerning appearance and socio-economic position and class.

The "repressive" uniform is therefore revealed as a paradoxical device of utopian egalitarianism. Still, every such embrace of uniformity comes with a steep price, the partial sacrifice of self-expression and agency. Even the strong code of fashionability, while not in itself narrowly uniform, erases cultural and individual differences, delineating cartographies of globalised hegemonic sartorial thinking.

In addressing these issues, my project "Uniforms for cultural workers of ECOC Rijeka 2020" needed to be built upon the simple idea of "expressing individuality while being dressed in uniforms". This idea is materialised through a specific structural-constructive approach and precise stylistic-discursive choices. While modularity and flexibility defining each piece tackle the problems inherent to uniformity; rooting the garments’ shapes in local historical examples and sartorial memories – celebrating difference and human labour –, counteracts the idea of hegemonic fashionability.

In this sense, the general silhouettes of the garments are based on blue-collar workers’ uniforms, referencing the city’s industrial history. The shirt’s construction/ design was inspired by the historical episode of 1919 when the Italian poet Gabriele D’Annunzio temporarily transformed Rijeka into a cooperativist microstate built around the idea of art and love. The bomber jacket elements, the removable waistband, cuffs, and collar represent the punk era – a reminder of the prominent role of the city within Yugoslav rock and punk scenes of the 1970s and 1980s. The overall result was the creation of an open system that is composed of three versions of unisex uniforms: spring/ summer, fall/ winter, and formal/ parade. Each version was constructed in a manner that enables the garment to be taken apart into different elements, and then reassembled with ones from the other versions of the uniforms. Therefore, one can say that every uniform was transformed into a fluid device, open to interpretation and adjustment on an individual level. This kind of strategy invites wearers to exchange parts of the garment with other members as well; an interplay, representing the idea of ECOC Rĳeka 2020 as a platform for swapping ideas and experiences, for a celebration of difference. It brings forward creative freedom based on play and free exchange, rather than an endless proliferation, unsustainable overabundance, and pseudo-empowering acts of consumption.

Figuring or sketching out an ideal way for dressing cultural workers has also shaped out some basic solutions, but, at the same time, unfolded several other questions regarding the future of uniforms and that of fashion as both an act of self-expression and a vital component of identity-building processes.

Are we to expect even more uniformed futures? What kind of sociality can such uniformity reflect and co-shape? Can there be a uniform that does not demand a renouncement of one's own identity for the sake of the collective? What kind of radical sartorial decisions are needed to assure that freedoms and sustainability come hand in hand?

Hopefully, an openness to new perspectives, which those questions imply, will reveal possibilities for generating new solutions to life and wishfully enable the achievement of appropriate answers. 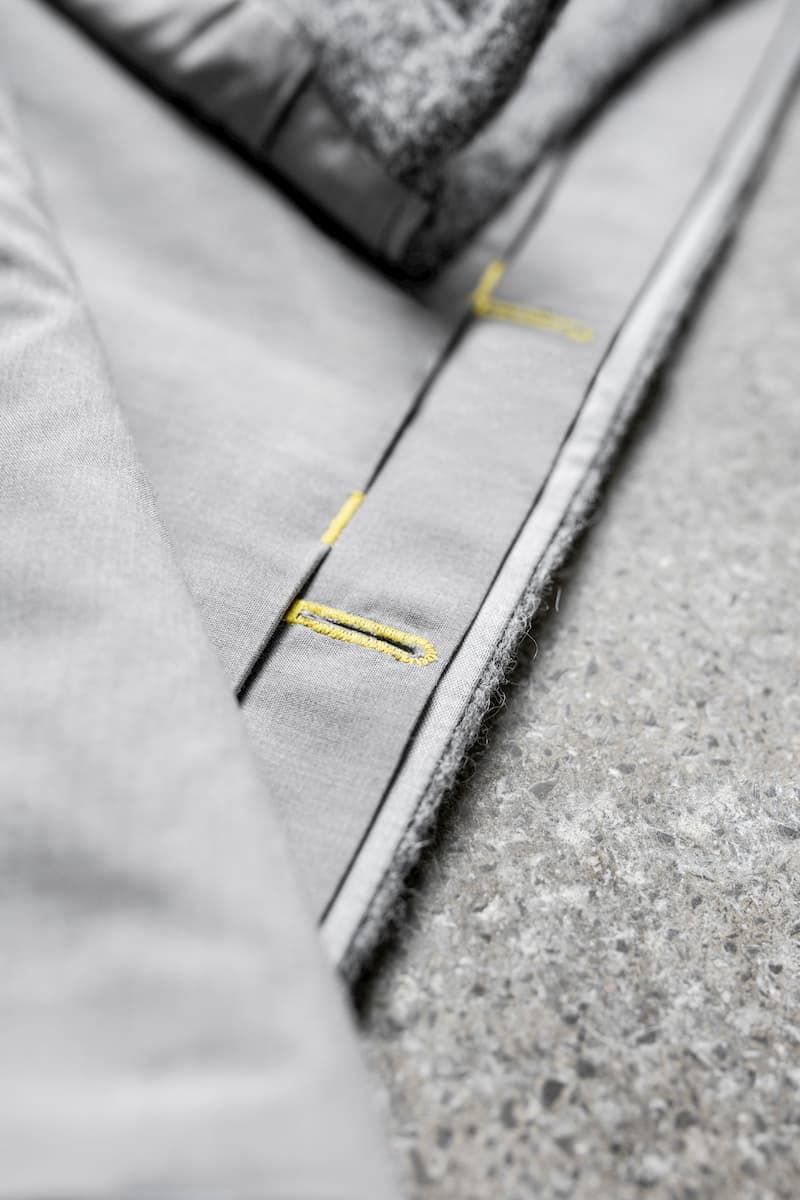 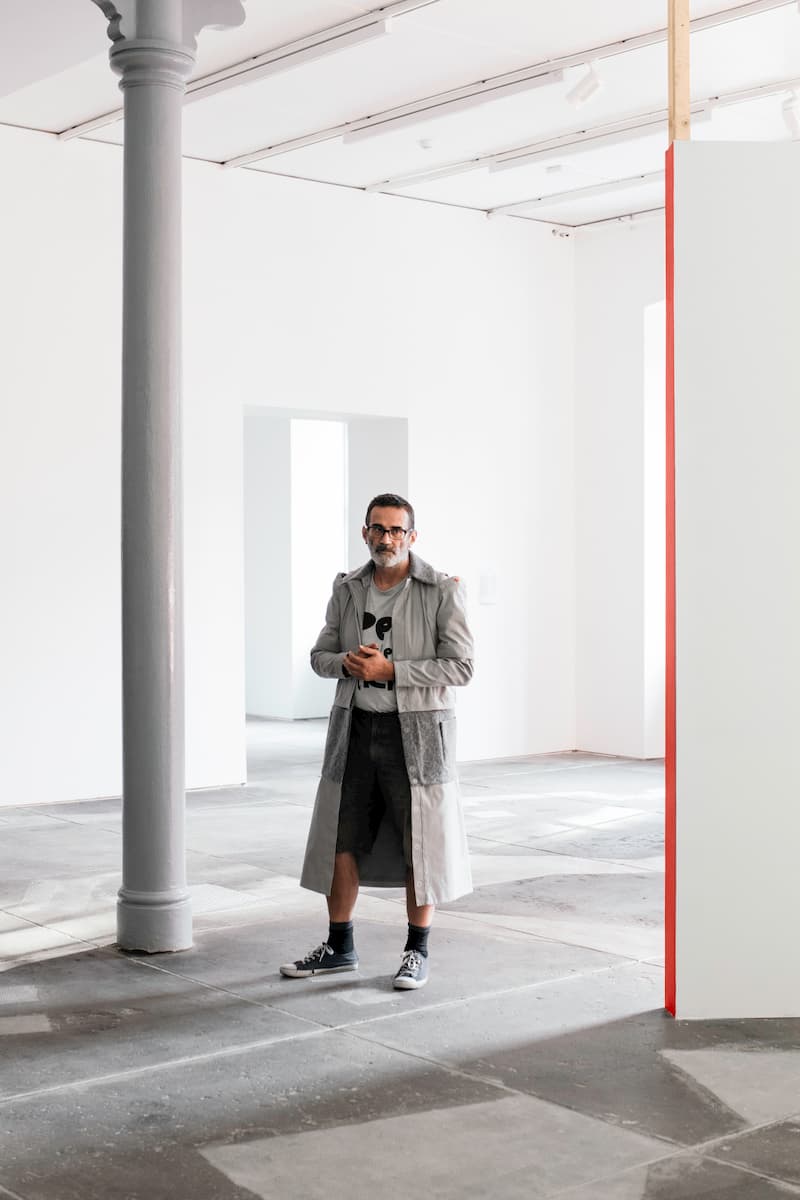 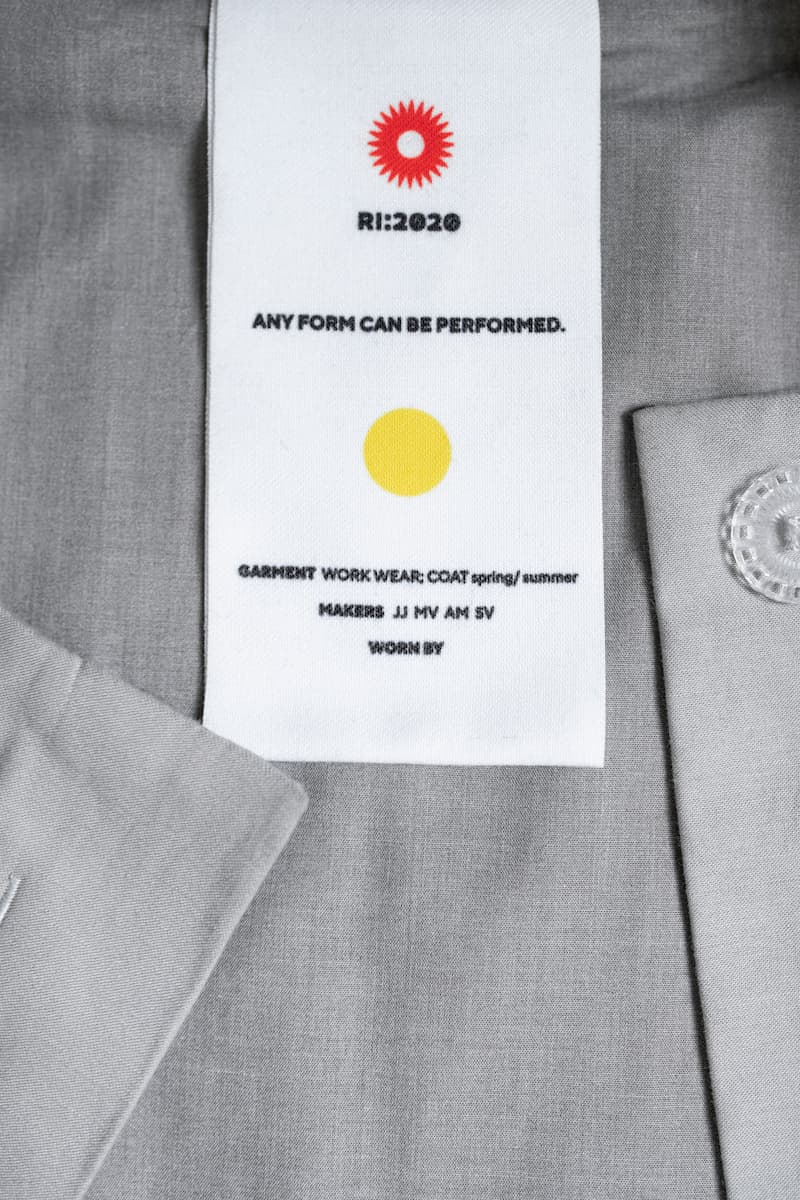 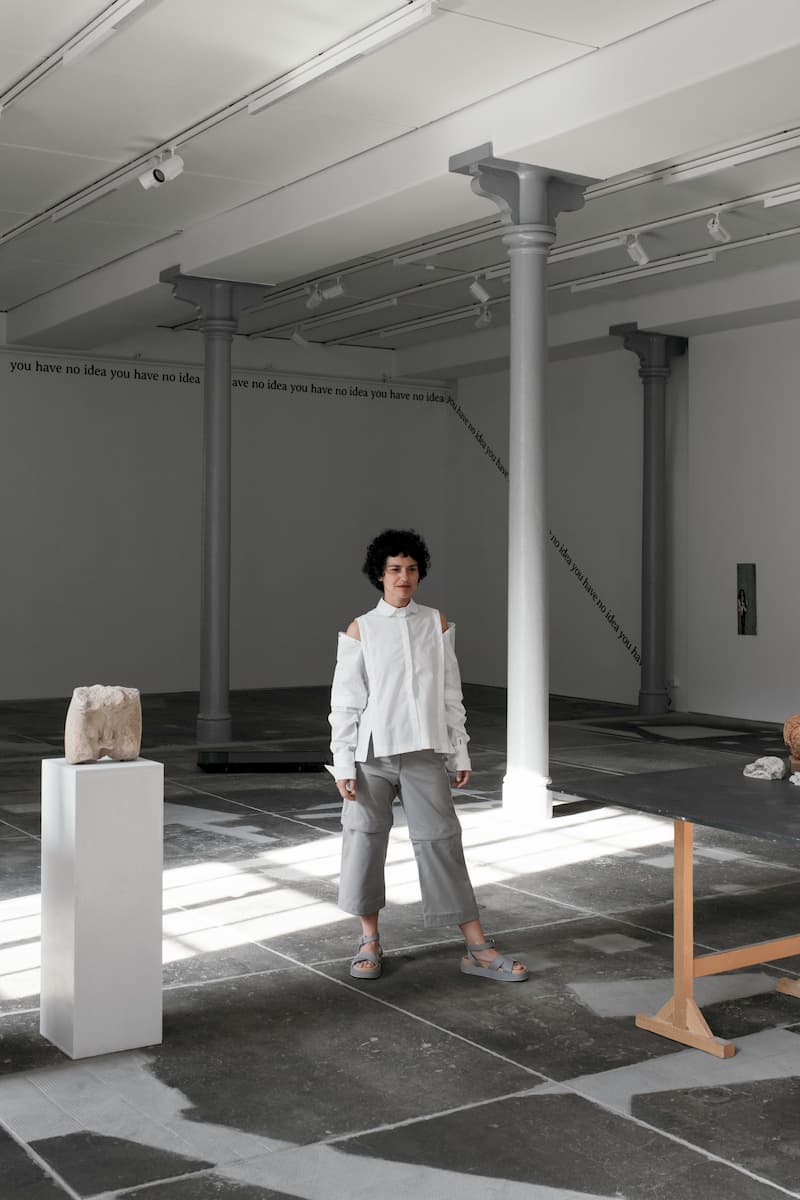 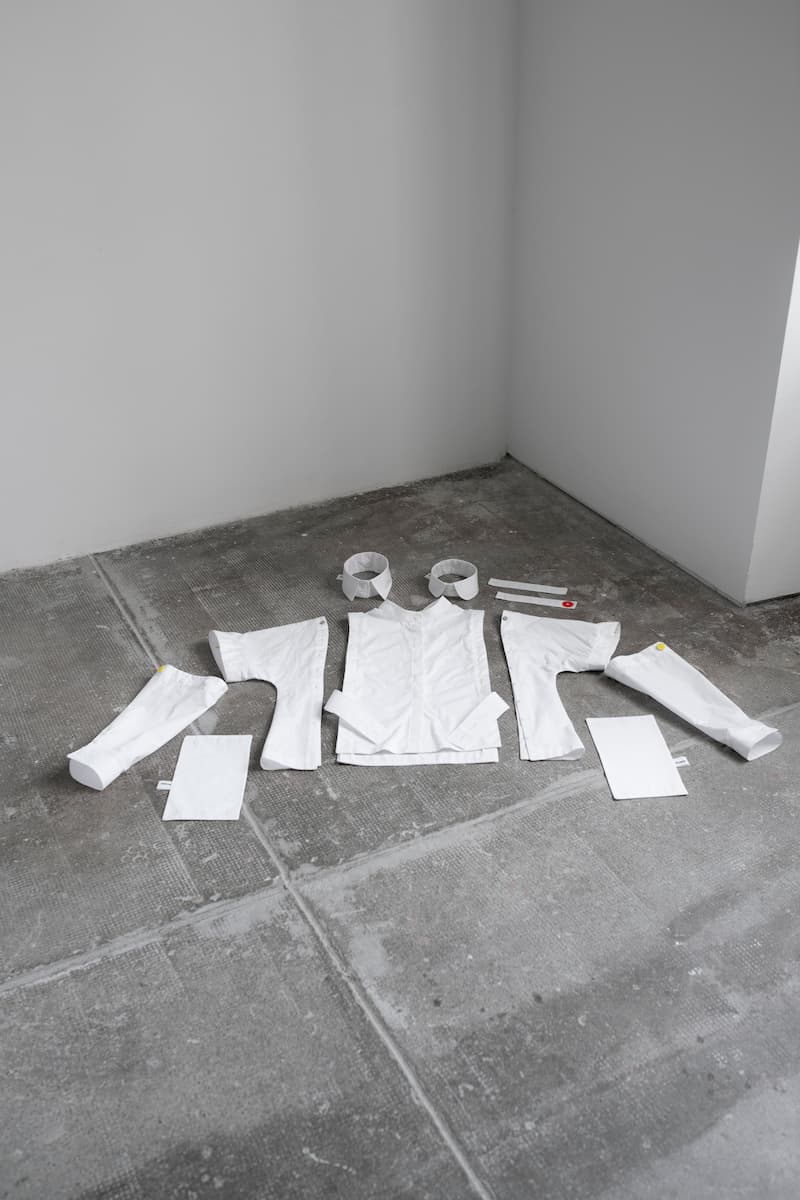 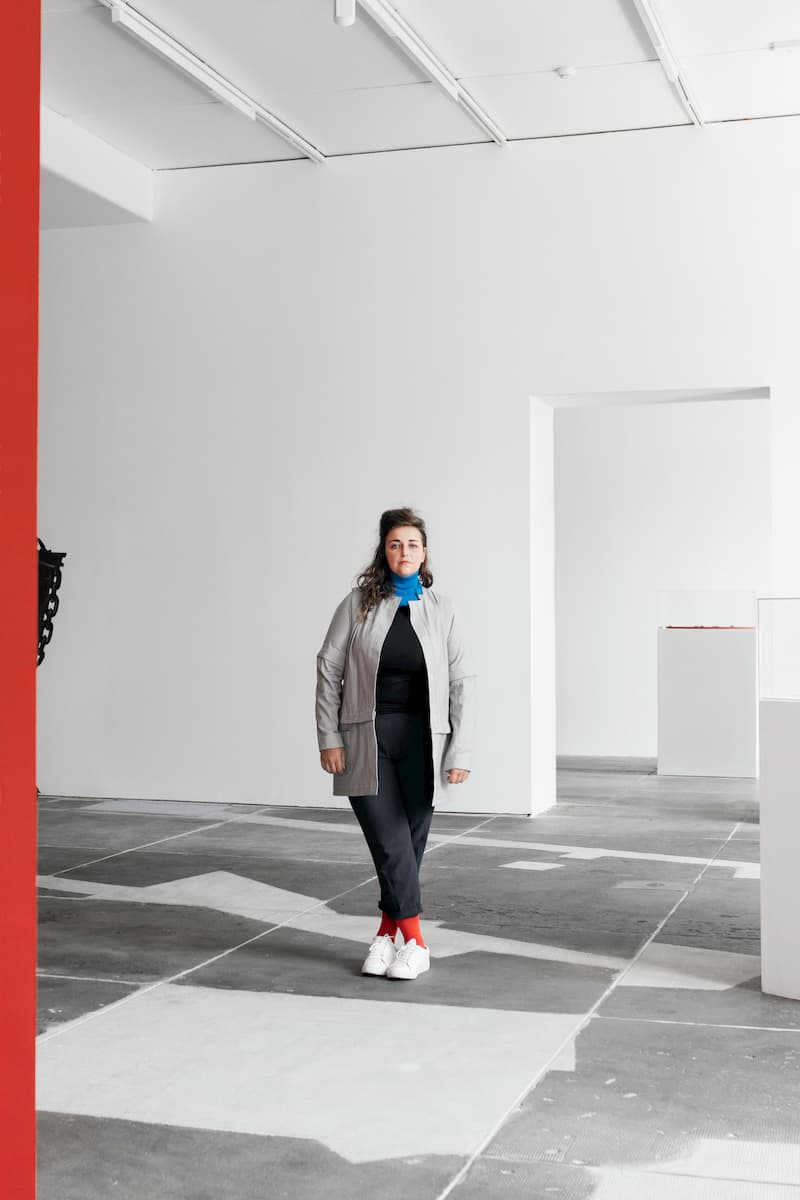 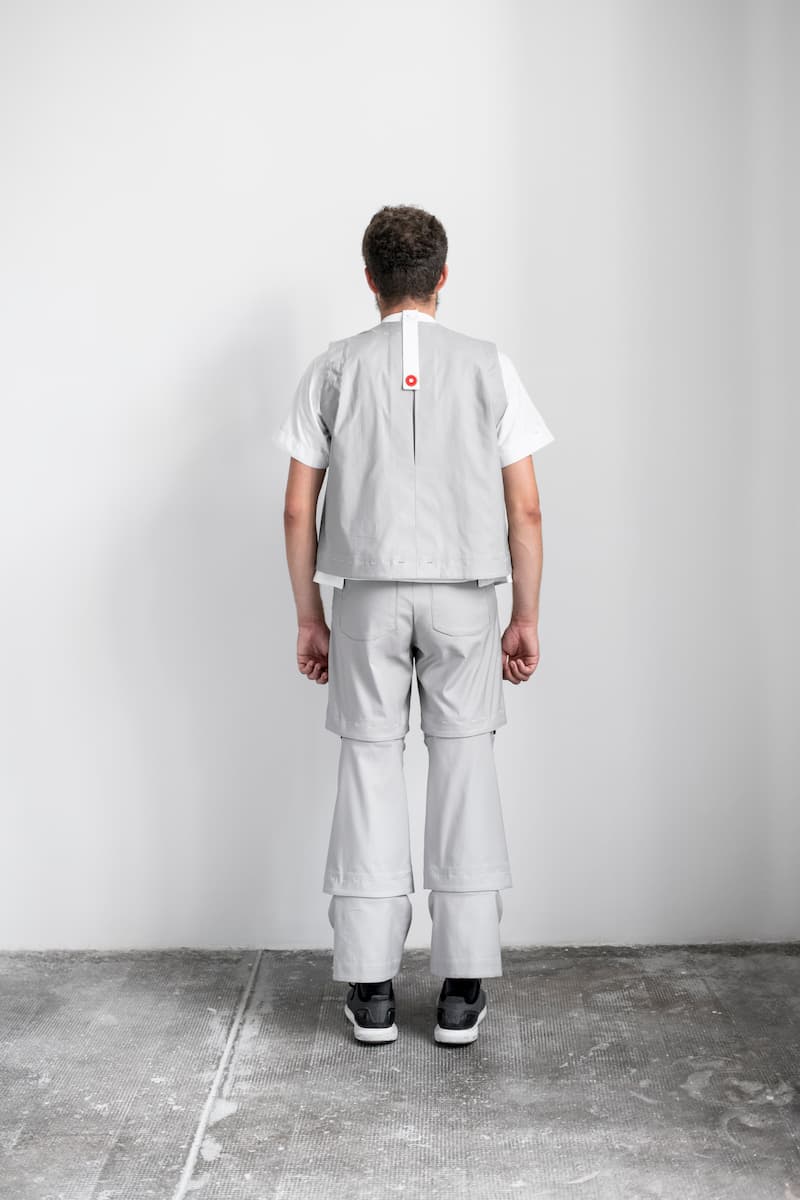 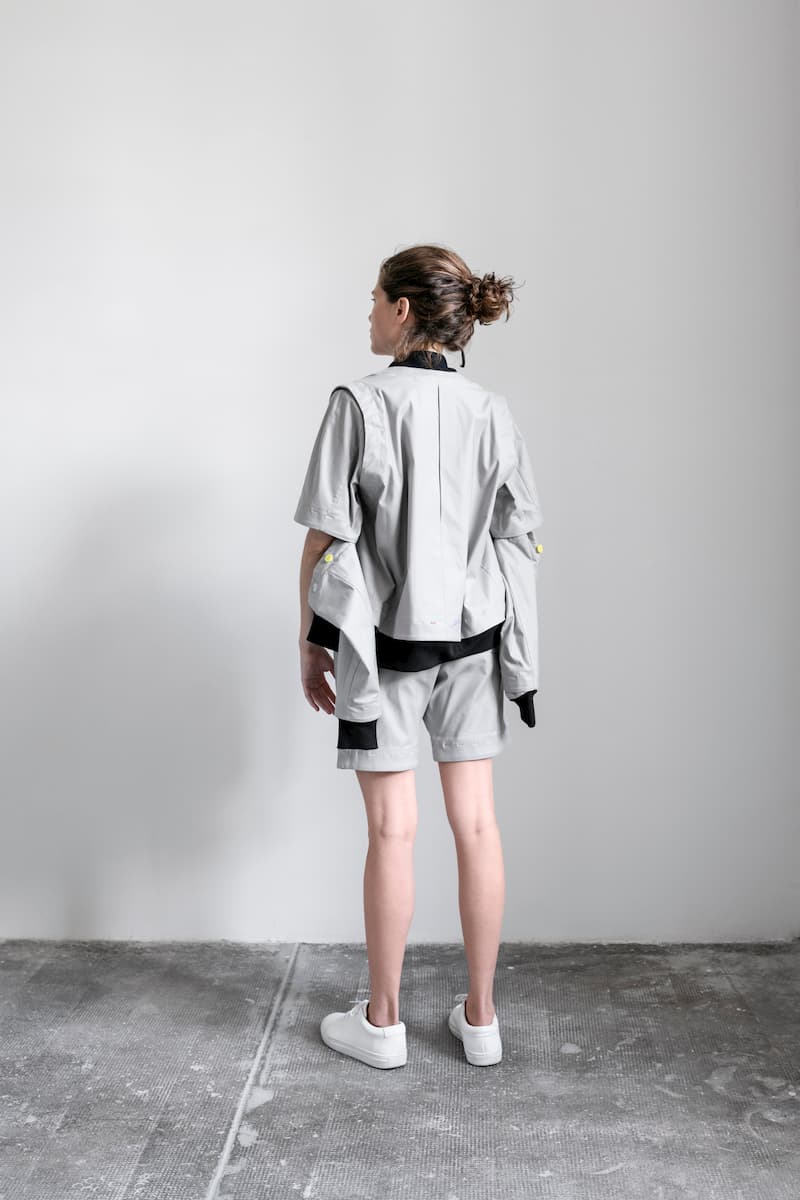 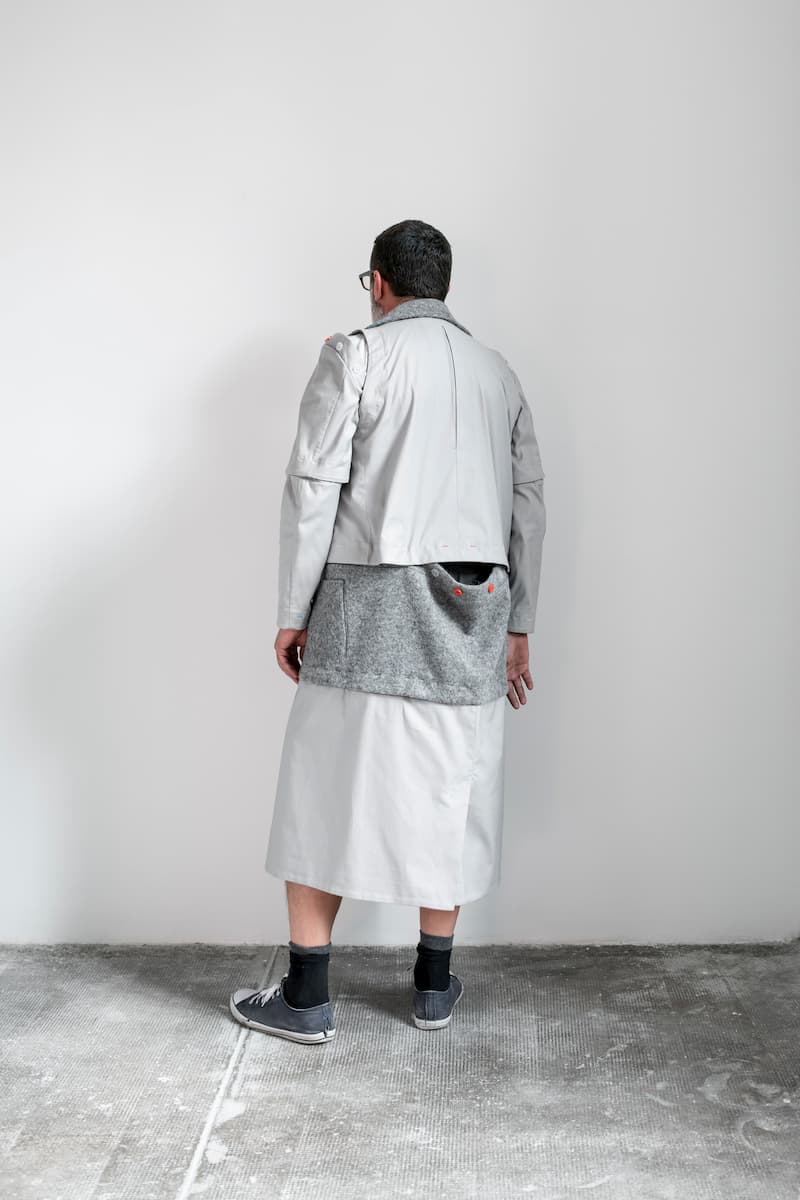 Photo Credits: Karla Jurić
Mia Ventin is a European based designer, stylist and costume designer, born in Zagreb, 1990. She studied fashion and textile design in Ljubljana, Eindhoven and London. Her design practices often examine fashion as both a superficial and the most profound social form. An interdisciplinary approach to design allows her to create new narratives that span different fields of design besides fashion, such as costumes, video and spatial installations.
AUTHORS
CONTRIBUTIONS
Thoughts on Porous Skins: A Matter of Design
Ana-Maria Deliu
Past Pieces Merging With What I Call Now
Monika Gabriela Dorniak
Notes on Frugal Future Manifesto
Z. Blace
XXX — Queer Bodies, Queer Futures
Laura Naum & Petrică Mogoș
Market Values: Mapping design values from post-Soviet markets
Brit Pavelson
Becoming internet
Marina Oprea
Unfolding Yod – a Triptych
Diana Dobrescu
Behind the Screen: Body in Confinement
Romuald Demidenko
Life is a Bitch
Silvia Amancei & Bogdan Armanu
working_lass_hero_ine
Anne-Kristin Winzer
What We Are Made Of
Angelica Falkeling
Any Form can be Performed. Uniforms for the Cultural Workers of ECOC Rijeka 2020
Mia Ventin
C’EST LA VIE. The potential and the interpretation of objects
Ola Korbańska
Plastic. Co-Creating Post-Nature?
Borbála Ferencz
Fungoid Horror and the Creep of Life
Chlorys